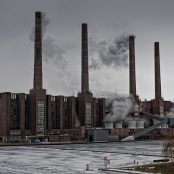 The auto industry crisis is not going away, and there is an
ethical reason. Christine Hohmann-Dennhardt’s recent resignation is a sign that the problem is deeply embedded in corporate culture, and Fiat Chrysler is now also under investigation for similar issues. What to do?

When the Volkswagen Scandal emerged in September 2015, we at the Jena Ethics Center reflected upon the scandal from an ethical perspective and sketched a short response as a kind of exercise. Specifically, we considered how one might interpret the moment in terms of the principles put forward in Lawrence Susskind’s book Dealing with an Angry Public. This short discussion remained in our files and we decided to post it here because the lessons have not been learned:

Three aspects of the VW scandal are, in terms of ethics, easy to understand and condemn:

We hardly need an ethicist to recognize or censure these actions. They are clear violations of legal, ethical and business principles and in this sense, the current scandal is actually not so complex. It is rather a tragic lapse of ethical judgement.

Given the tragic situation, however, the more interesting question that an ethicist can answer is this: What should VW do now?

To answer this, Lawrence Susskind’s Dealing with an Angry Public (1996) offers six principles that can guide both VW and political leaders at this moment.

First, the concerns of all the parties concerned need to be acknowledged publicly in a way that they can accept.

Second, joint fact finding should be encouraged. Given the complexity of the software and the fact that VW does not, nor should not, enjoy the trust of the public, outside experts who do have public trust must be brought into the process.

Third, contingent commitments should be offered to deal with unexpected problems. What happens to owners of the relevant diesel cars? How much pollutants were released into the air? When can this be addressed? … and so on. What VW should not do is ask the public to just wait and be patient.

Fourth, VW must accept responsibility, admit their mistakes and, to the extent possible, not attempt to dominate the process of fact-finding and problem-resolving. The resignation of a leader is actually not very helpful if we do not know his involvement in the wrongdoing. Thus VW should avoid the passive case “Mistakes have been made” when dealing with this issue.

The fifth and sixth points might seem obvious, but they bear mentioning. VW must, from this point forward, act in a way that is unimpeachably trustworthy. This means that they should get all the facts out into the public as quickly as possible, regardless of how embarrassing or damaging that might be. Everything. The biggest mistake is to drag out the fact-finding process and thereby feeding the media with news stories for the coming months. Finally, the long-term relationships that are essential for VW’s long-term success must be repaired.