Liberal democracies are built around individual freedom. That is, the freedom of the individual to act more or less as she wishes so long as she doesn’t harm others. We take this freedom for granted today, but it is historically novel.

In most societies across history, how consenting adults acted in the privacy of their own homes was seen as their neighbors’ or the state’s business, as much as their own.

The recognition of individual autonomy was a gradual achievement that occurred in some spheres earlier than others (as recently as 1997, homosexual sex was a criminal offence in Tasmania).

Many people see voluntary euthanasia as the last frontier in the gradual extension of autonomy. We have the right to dispose of our bodies however we like in matters of sexuality, so long as we don’t harm anyone else.

So we should also have the right to dispose of our lives as we choose. More narrowly, when we are suffering and have no reasonable prospect of recovery from a terminal illness, many people think we ought to be able to choose to end the suffering.

They are advocates for physician-assisted suicide (PAS), which usually involves doctors prescribing lethal drugs to competent patients who want to end their lives.

In the well-worn debate over PAS, one consideration hasn’t got the attention I think it deserves. Intuitively, we believe offering someone options automatically expands their freedom. But that isn’t always true. Sometimes more options can lead to less freedom.

The paradox of choice

There is much psychological literature on the paradox of choice. It shows that more choices between good options can lead to anxiety. Sometimes having too many options leads to paralysis. People are less likely to buy jam at all when confronted with 24 flavors than with six, for instance.

Making choices is demanding. It requires mental effort. Too many options and the effort just may be too hard. And when we’re facing end of life decisions, the effort may well be overwhelming. 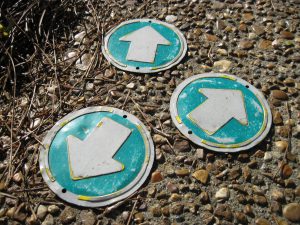 In this kind of situation, the stakes are high. The options may be hard to understand. And the person who must choose may be confused, stressed, exhausted or in pain. All these are conditions that make choice even harder.

In this kind of situation, we may want fewer options rather than more. And the option of ending our own life may be a burden.

The burden may be great for another reason. When we are presented with the option of ending our lives, whether we go on living is now up to us. And when something is up to us, we may have to justify it to ourselves and to others.

If I don’t have the option of ending my life, then I don’t need to justify going on living; I just do. But if it is now within the scope of my choice, I can appropriately be asked my reasons for continuing to live, as much as for ending my life.

As philosophy professor David Velleman (whose argument I have just summarised) has suggested, having another option may in this case make me worse off, and less free to do what I really value, than not having it.

Not the same for all

Of course, the same might be said for all of us all the time. Suicide has long been decrimininalised, for instance. So you might think that we now all carry the burden of justifying our existence from moment to moment (some existentialists argue this was always the case).

But the terminally ill are especially vulnerable because they may be seen as burdens on others. In a society that values people in accordance with their economic contributions, they may (perhaps rightly) feel their existence is unjustifiable. 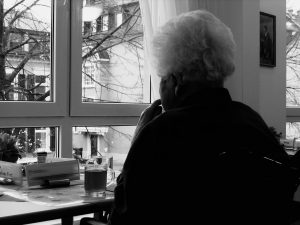 While I think this is a consideration worth taking seriously, I don’t think it’s sufficient to establish that PAS is wrong. We need to look to real world experience in places where euthanasia has been legalised. The data from Belgium, the Netherlands and Oregon doesn’t suggest that this consideration has played a detectable role in people’s decisions to end their lives.

There are also questions to be asked about what kind of evidence is sufficient to show that the law is unethical. Many people in bioethics seem to implicitly assume that if there has ever been a single case of someone ending a life that was worth living by this means, then PAS is unethical.

But that’s an assumption that should be questioned. Because if the majority of people are better off for having an option, then the fact that a few are worse off doesn’t indicate we ought to remove it for all. We don’t ban medicine because there are iatrogenic illnesses that come about as a result of treatment for some.

As David Velleman reminds us, though, the social context in which an option is offered makes a difference to how valuable it is. Oregon is in some ways atypical of the United States, while Belgium and the Netherlands are very different from the United Kingdom or Australia.

If it is true that PAS is permissible there, it doesn’t follow that it will be permissible everywhere and at all times. We need to closely monitor the data they provide us with to get a better sense of what makes PAS an option worth having and what might make it a limitation on our freedom.

Neil Levy is Deputy Director (Research) of the Oxford Centre for Neuroethics, and Head of Neuroethics at the Florey Neuroscience Institutes, University of Melbourne. His special interests include the science of moral decision-making, free will and moral responsibility. He is the author of the monograph “Neuroethics” (Cambridge University Press 2007).