The Paris agreement on climate change calls for a global responsibility to cooperate. As we are often reminded, we urgently and drastically need to limit our use of one shared resource – fossil fuels – and its effect on another – the climate. But how realistic is this goal, both for national leaders and for us? Well, psychology may hold some answers. 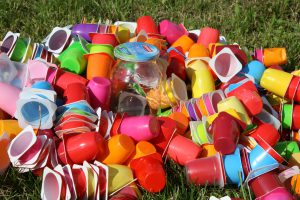 Psychologists and economists have long explored the conflict between short-term individual and long-term collective interests when dealing with shared resources. Think of the commons dilemma: the scenario in which a field for grazing cattle works well when everyone cooperates by sticking to one cow each, but which leads to the so-called “tragedy of the commons” if more selfish drives take over.

It is useful to think about overuse of fossil fuels and its effect on the climate as a similar dilemma. If we were to think of this from a purely economic perspective, we would likely act selfishly. But psychological research should make us more optimistic about cooperation.

Are you more likely to overuse a shared resource when it is framed as an ethical concern or a business transaction? Research shows people behave less selfishly when it’s framed ethically, or if we emphasise what people will gain rather than lose by reducing their use of fossil fuels. Using the phrase “global warming” rather than “climate change” also engages us emotionally and makes us more supportive of the issue. We also need a balance of good and bad news if we are not going to be overwhelmed by the enormity of the challenge and feel like running away. So wording when communicating to the public as well as in international agreements can make a difference, and we shouldn’t be afraid to appeal to people’s moral sense of what the right thing to do might be.

Social norms in behaviour around climate change include things such as “most people recycle”, or “it’s not acceptable to take too many flights”. It’s been shown that communicating these norms can make people adjust their behaviour. 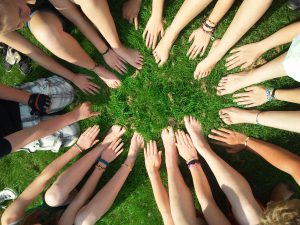 When behaviour is phrased as the default – for example, “my neighbours don’t use too much electricity” – people are also more likely to behave in that way, as we found in a series of experiments.

Research also shows that we need to believe that others sharing the resource think fairness is important if we are to act fairly, or cooperate, ourselves. So we also need a sense of shared identity, which in turn means we are more likely to think others share our values. Shared national identity could be emphasised through communication from government and media; and at a more local level by encouraging more community involvement.

When we communicate with fellow users of a shared resource, we trust each other and cooperate more. We also keep communicating. Feedback about how much we’ve used a resource (like household electricity using a “smart home app” or a carbon footprint calculator) makes us use it less. This also works for institutions who use fair decision-making procedures, such as the local council aiming to conserve water.

We also need to know how many people are using a resource, and what its capacity is. And, as we showed in recent studies, we need to know on which information we should base our behaviour and what follows from this information. So countries and local authorities being transparent about their fossil fuel usage is key and, even better, easily achieved.

Rewards and sanctions can work well to improve cooperation, from lower tax for buying an environmentally friendly car to a carbon tax for businesses. One potential problem is that this approach can make us feel as if we can’t be trusted and need incentives to do the right thing. But, like schoolchildren with an enlightened teacher, if we get to decide on the incentives and appoint our own leaders to monitor them, then a sense of trust can be rebuilt.

We don’t identify and act just as individuals but as members of social groups. We may belong to a family, a community, a nation and the planet, and behave in ways that benefit the group rather than the individual. A shared group identity (such as identifying yourself as a member of your nation or the local school community) can increase cooperation, especially if we believe that group shares our values about the environment. If you strongly identify with your community you don’t need an incentive to cooperate. 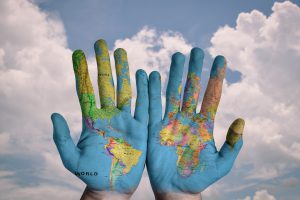 But at what level should this shared identity be emphasised? Emphasising national identity can prevent cooperation between nations, by increasing competition between them. However, this can be used to an advantage, since nations care about their reputation. So perhaps they could compete to be better than others at meeting climate change goals?

Local competition (like a clean city award) can incentivise, too. But we also need to strengthen our sense of being part of the planet – a better global identity could motivate us to empathise with other countries and even future generations.

Implementing the Paris agreement will involve big top-down decisions about how much each country is going to reduce their fossil fuels by. This reduction is essential to meet the goal to drastically limit the temperature increase to 2ºC. But how should the amount of fossil fuels used in different countries be reduced when proportions vary between them? For example, half of the remaining gas and oil reserves are in the Middle East. 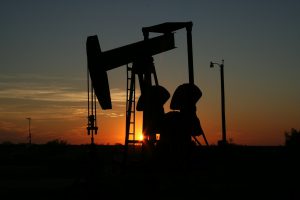 One analysis shows that to keep the planet’s atmosphere below the target of 2ºC, 94% of Europe’s gas reserves can be used but only 30% of those in the Middle East. Given that the Middle East has a larger share, should it be expected to use less than other countries? Should the level of development, population or wealth of a nation also be relevant? And what about how much fuel they have already used?

Myles Allen has argued that we don’t have the right to stop countries such as India from using its coal. He suggests instead making companies that use fossil fuels responsible for burying an equal amount of carbon to reduce net emissions.

But there is also scope for appealing to the ideals of international cooperation. We should be optimistic in light of the above psychological research about the capacity of the human race to put the long-term needs of the many above the short-term needs of the few. Big decisions could be facilitated by many of the psychological processes we have described, that focus on global identity, long-term gain rather than short-term loss, intergroup competition and reputation, rewards, shared norms, providing sufficient and clear information, and instilling trust and transparency.

Together, New and Faber work on the Oxford Martin Programme of Resource Stewardship project (OMPORS) which investigates the psychology of environmental behaviour, with a focus on moral decision making, e.g. the “tragedy of commons” dilemma.