In the year 2000, Nobel Laureate Paul Crutzen and biologists Eugene Stoermer popularized the term Anthropocene in order to highlight that the human influence on the Earth system is unsustainable. The term indeed carries the epochal message that humans have assumed the ability to change their environment beyond the temporal and spatial scales previously considered possible. While the insight that climate change or the loss of biodiversity are issues of global significance is not new, the Anthropocene affords a change in perspective regarding these issues. For, viewing them through the prism of the Anthropocene highlights that humans do not merely change individual environmental processes but that they are responsible for ending the Holocene, i.e. the state of the Earth system that has provided the envelope for human history thus far.

The end of one period in Earth history and the beginning of another is traditionally designated by stratigraphers who study layers of rocks in order to devise a global history of these rocks. This is why an Anthropocene Working Group within the International Commission of Stratigraphy has spent the last seven years studying whether there is enough evidence in the rock record to justify the designation of an Anthropocene epoch in which the human influence on the Earth system is on par with the major geophysical processes that have defined the Holocene. The group revealed its preliminary findings at the International Geological Congress in Cape Town, South Africa, on the 29th of August 2016. In essence, its members agreed that the Anthropocene is already geologically real and that anthropogenic changes of the Earth system will leave a variety of signals in the rock record. 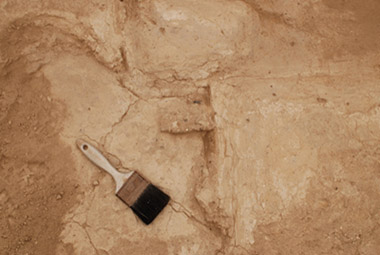 The subsequent media coverage of the Anthropocene has mirrored the remarkable career of the Anthropocene since the year 2000 within and outside of academia. Knowledge about the new epoch from several areas of science – not just stratigraphy – has been well received by various actors in society including bloggers and artists. The idea of a new epoch has been popular even amongst decision-makers who increasingly refer to the Anthropocene in order to describe environmental changes and deduce societal responses to them. Such efforts to connect science and policy are challenging and somewhat idiosyncratic because the original scientific analysis of the Anthropocene reveals relatively little about the social driving forces and consequences of global change.

Politics do not directly follow from science. Equally, scientific descriptions of the Anthropocene Earth system do not designate one straight pathway towards sustainability. Attempts to describe such a pathway encounter at least one large junction with signposts pointing in different directions: one to the ‘good Anthropocene’, the other to the ‘bad Anthropocene’. Although scientists rarely apply these labels to their own research, this dichotomy highlights the two ends of a scale along which Earth system scientists slide when they are trying to make their research ‘relevant’ to society.

Both the scientific descriptions that tend towards the ‘good’ and the ‘bad’ Anthropocene draw upon empirical data about past and cotemporary environmental change of the Earth system and the parallel development of human civilizations. But they interpret this history differently and they engender different logics of responding to contemporary changes. The ‘bad Anthropocene’ is based on an understanding of Earth history which views the Holocene state of the Earth system as a precondition for the development of modern societies. In this vein, a change of that system to an Anthropocene state risks new and less stable conditions for which human societies are not prepared. The ‘good Anthropocene’ provides a more positive interpretation of Earth history, in which humans have historically succeeded in overcoming environmental limits and thus transforming the environment to their advantage. Accordingly, contemporary change towards an Anthropocene state of the Earth system heralds the demise of the Holocene but not necessarily that of human development on planet Earth.

In doing so, the ‘good’ and the ‘bad’ Anthropocene invigorate existing responses of contradictory qualities. Earth System Governance, for example, promotes governance institutions that produce stability of geophysical systems and it is thus congruent to an understanding of the Anthropocene as an adverse development that risks leaving the safe operating space of the Holocene. The ‘good Anthropocene’ to the contrary offers a reference point for advocates of geo-engineering by extending the spatial and temporal scale of acceptable human interference in the environment. 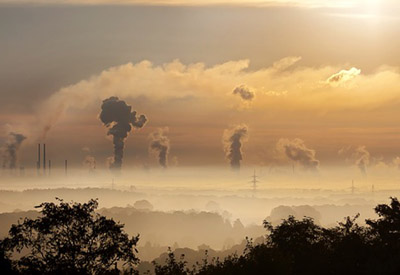 While the different logics behind the ‘good’ and the ‘bad’ Anthropocene will not immediately impact political action regarding Earth system change, a focal input into contentious deliberations about such action is likely to be the decision by stratigraphers regarding the existence of the Anthropocene as well as its starting point. Even though it is not the task of stratigraphy to evaluate societal developments and divide them into historical periods, stratigraphic periods can convey political messages. The reason for this is that stratigraphers do not just examine rock layers but they also establish a time history of these rocks and interpret them in terms of the environment in which they were deposited. This process of defining geological subdivisions and linking those to environmental events has led to a better understanding of the effects and drivers of past changes in the Earth system.

Although studies of contemporary Earth system change can complement this interpretation of rock records with observational data and historical records, a stratigraphically sanctioned starting date of the Anthropocene may narrow down the wider understanding of anthropogenic Earth system change and its causes. For example, the ‘early Anthropocene’ option for such a starting date, which dates anthropogenic Earth system change back to the beginning of agricultural development, coheres with the ‘good Anthropocene’ and the argument by eco-modernists ‘that there has been no recent qualitative change and thus there is no need for a radical’ political action. The working group that presented its recommendations in Cape Town last month, however, came to a different conclusion. Although its members recognised that humans have been leaving geological traces for thousands of years (even since before the beginning of the Holocene), they argue that a globally significant impact on the rock record only commenced after the Great Acceleration in the mid-20th century during which human activities and their impact on the planet accelerated exponentially. This arguably sends a very different message to that of an early Anthropocene, one that emphasizes the post-war economic system as a driving cause of the ‘bad Anthropocene’.

Stratigraphers do neither take changes to the Geological Timescale lightly, nor is there a consensus on the inception of the Anthropocene. Indeed the Anthropocene Working Group will only now start to prepare a formal proposal to its parent body and it will take years if not decades until the Anthropocene is formally adopted. Moreover, some members of the stratigraphic community altogether reject the idea that the Anthropocene should become an official geological epoch. One prominent reason for this is precisely the belief that such a decision is driven more by political rather than scientific motivations.

But while the examples above show that defining on the Anthropocene and deciding on its inception can change the perception of environmental change and influence the logics behind decision-making, most scientists, stratigraphers and also the members of the ICS working group are wary of the political overtones of their work. While they seek to increase the relevance of their work to society, they are equally involved in upholding the objectivity of their research, which has been a historically crucial in protecting their autonomy. This tension is nothing new in the history of science but it is strengthened by the increased demand for science to contribute to sustainable transformations. This often seems to amount to a more efficient communication of scientific consensus on anthropogenic Earth system change, for which the Anthropocene could be an important device. To decide on the role that science should actually play in determining what are desirable socio-ecological futures and therefore what role societal desires should play in scientific research, is clearly a tasks that goes beyond the academy, including the International Commission on Stratigraphy.

Guest post by Johannes Lundershausen, member of the research group Ethics of Science in the Research for Sustainable Development, International Centre for Ethics in the Sciences and Humanities, University of Tübingen.